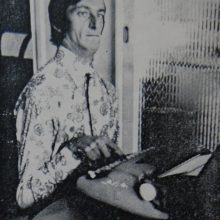 Owen Davies was one of the first children to attend the school set up by Longfields in 1953.  He didn’t attend Longfields as an adult but his family were supporters of the Association and his mother was an active member of the Ladies Guild. Owen contributed articles to the Association’s
Read More

Take a look at  our project newsletter to bring you up to date  with project activities! Spring 2017 newsletter
Read More 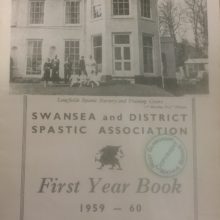 As with similar organisations Longfields produced a series of Year Books and between 1959 and 1999 there were a total of  twenty-nine books printed.  The Year Books are a valuable resource when researching the history of the organisation as they give an insight into the day to day life of the
Read More

We had a brilliant event on Thursday 24 November as part of the Being Human Festival which was organised by RIAH – Research Institute for Arts and Humanities at Swansea. During the festival over 250 events took place over 45 towns and cities across the UK and was led by the School of
Read More 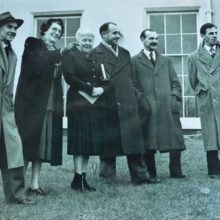 February 7, 2017 | Comments Off on Felicie May Phillippe
Categories: Felicie Philippe, Longfields, and Philanthropy.

It was March 1954 when a house in West Cross was bought for the Association. This house was called Longfields and was to remain the organisation’s home until it closed in 2011. Mrs Felice Philippe, a benefactor from London bought the house for £5,000 and gave it as a gift
Read More 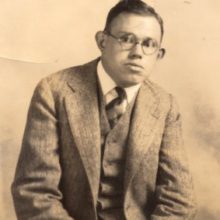 While researching the history of Longfields I have discovered many links that were made between organisations, particularly during the early days of the Association. Groups shared their knowledge and the different experiences they had in setting up their organisations. One of the groups that Longfields worked with was West Midlands
Read More