These poems are written by the talented  pupils from Ysgol Pen Y Bryn taking inspiration from some of the early photographs of Longfields Association and Cerebral Palsy Midlands. They were written during our workshop day at Pen Y Bryn School, Sara Beer from Disability Arts Cymru and film maker Ben Ewart-Dean led the event and  we looked at the photographs and saw a short clip of some old film footage. The pupils reflected on the material and wondered about: why the pupils did not have a uniform but the staff did how uncomfortable the calipers were that some of the children were wearing what
Read More 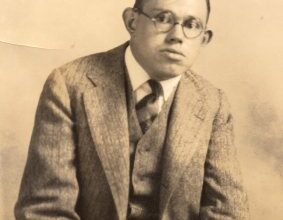 February 7, 2017 | Comments Off on Inspiring Individuals

While researching the history of Longfields I have discovered many links that were made between organisations, particularly during the early days of the Association. Groups shared their knowledge and the different experiences they had in setting up their organisations. One of the groups that Longfields worked with was West Midlands Spastic Association. This group started the first school in the UK dedicated to the education of children with cerebral palsy. The school was called Carlson House School, taking its name from Dr Earl Carlson. Some of the staff from Longfields or as it was then known, Swansea & District Spastic
Read More