While researching the history of Longfields I have discovered many links that were made between organisations, particularly during the early days of the Association. Groups shared their knowledge and the different experiences they had in setting up their organisations. 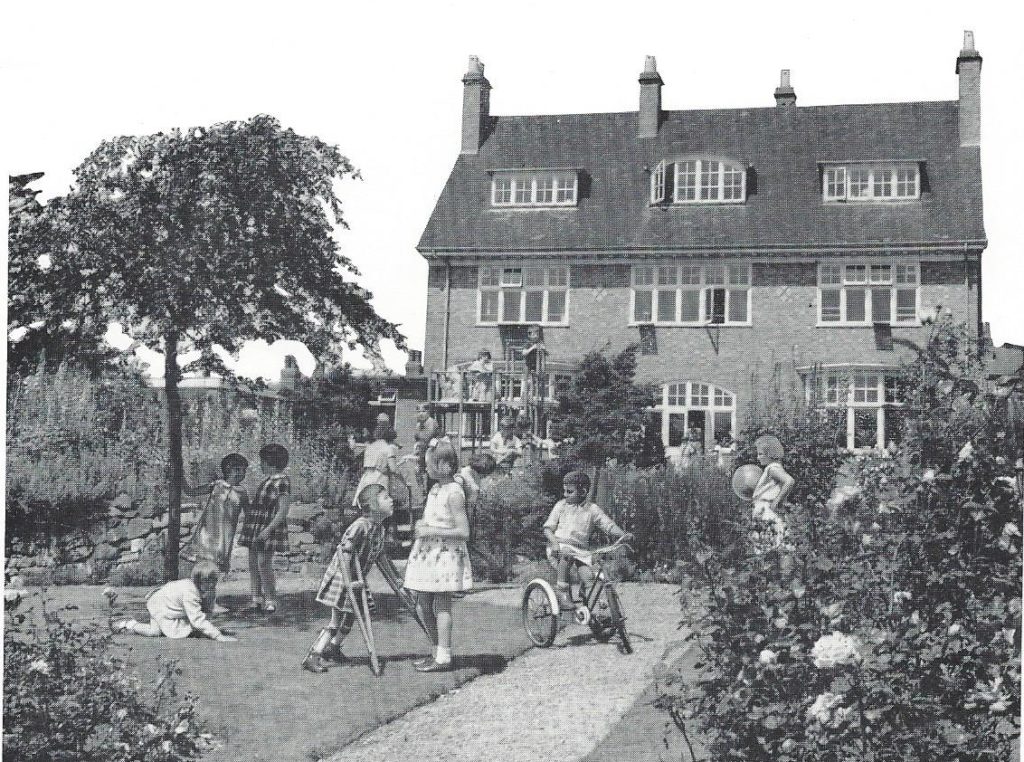 Who was Dr Earl Carlson?

Dr Carlson was born in Minneapolis on 25th March 1897. He had a difficult birth and in his own words was “a victim of spastic and athetoid paralysis”. He recalled how his neighbours looked pityingly on him, wanting to know what was wrong with him. He said how his mother used a stock reply, saying that he was “just born that way”. This is the title of his autobiography. Earl Carlson, Born That Way, (Evesham: Arthur James, 1952). 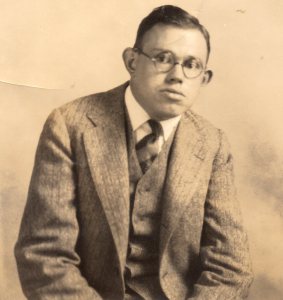 Earl Carlson as a young man

Education was an important part of Dr Carlson’s life and his mother fought to get him into a school rather than an institution. He started school at eight years of age and although he faced many difficulties throughout his life, he overcame these and was a graduate of Yale Medical School. He became a Doctor with an international reputation. He had a great love of reading and believed that all children had the right to an education.

He established schools in Long Island, New York and Pompano Beach, Florida along with other schools which used his philosophy. He was commissioned by the New Zealand Government to ‘survey the problem of cerebral palsy’ in New Zealand. In March 1948 he toured the country giving public addresses to the medical profession, educationalists, occupational therapists, physiotherapists, speech therapists, social workers, and parents of cerebral palsied children and many others who had an interest in this field.

This is just one of the photographs taken during his tour where he was reported on extensively in the New Zealand press. 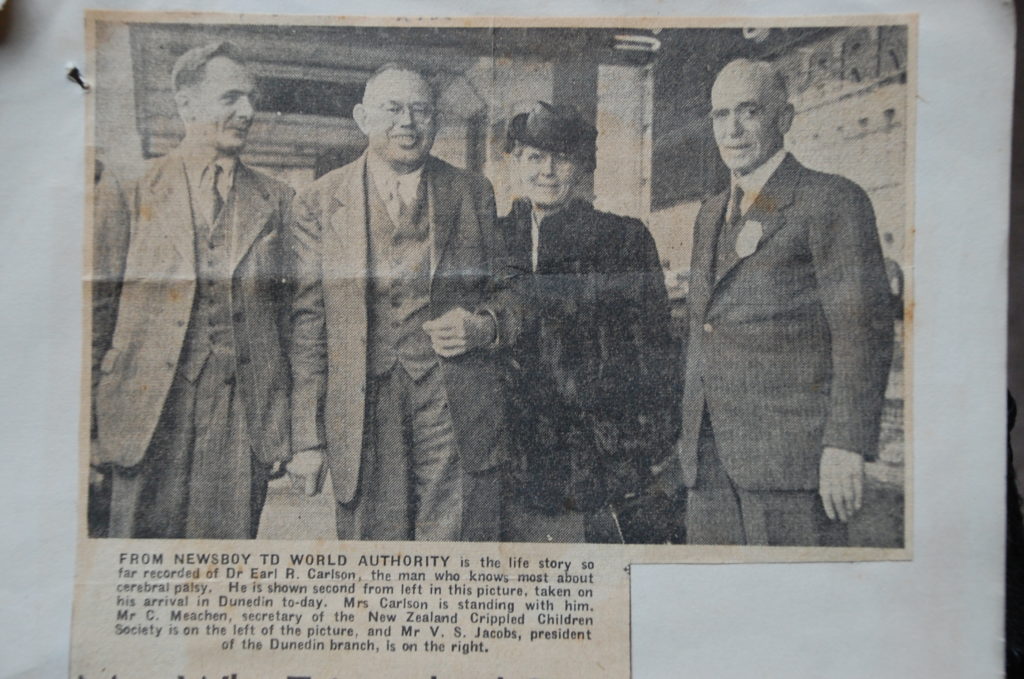 Through his international reputation he came to the attention of Paul Cadbury, part of the ‘confectionery dynasty’ who was one of the founder members of West Midlands Spastic Association. Dr Carlson was directly involved in the establishment of Carlson House School.

On a visit to the UK Dr Carlson addressed the British Council for the Welfare of Spastics on September 21st 1949. As part of his address he discussed the education and vocation of ‘cerebral palsied children’. He said that, “every educable cerebral palsied person should have the right to an education irrespective of the extent of the affliction”. Source: British Medical Journal October 1st 1949.

Cerebral Palsy Midlands have copies of his book Born That Way translated into many different languages, as shown below. If you would like to hear more about Dr Carlson, please let me know! 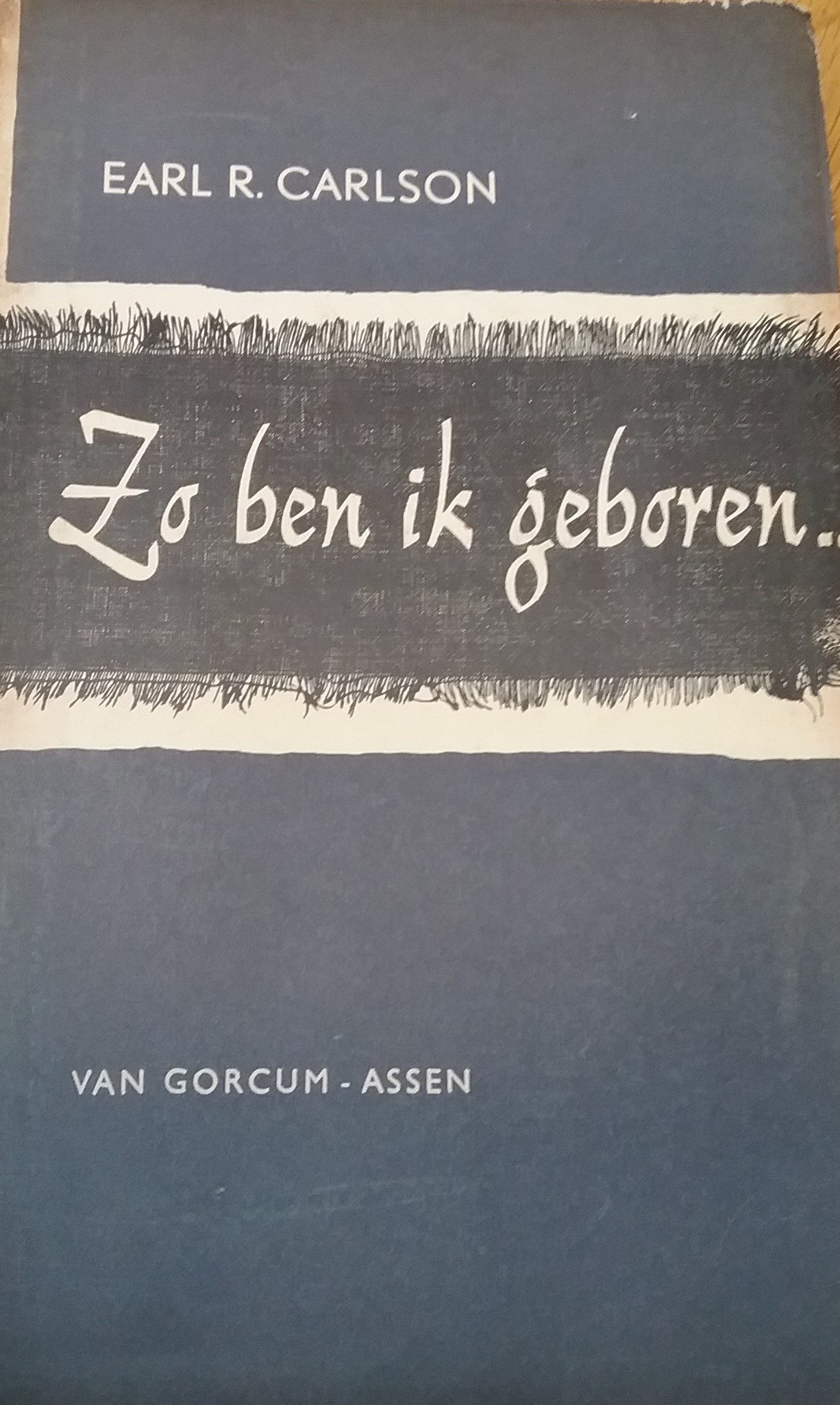 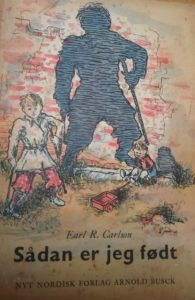 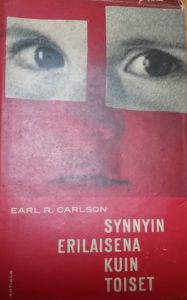 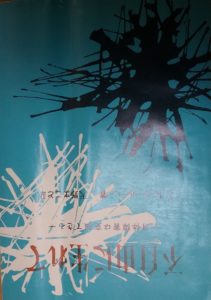