Sara Miller was born in the late 1960s and attended Longfields from about age three.  She was there for five years before moving to Morfydd House School and then Dyfatty School.  Sara now goes to the Resource Centre in Llansamlet. 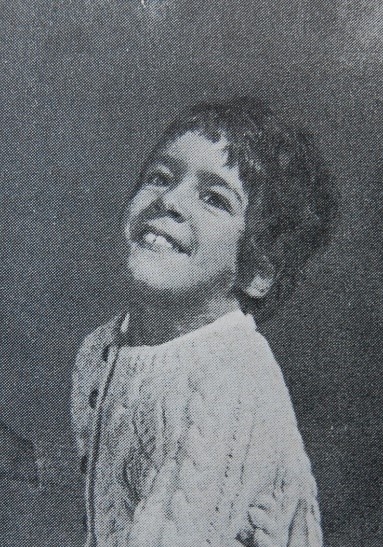 Sara’s dad, Derek, was involved with Longfields for many years and between 1978 to 1993 he was the editor of the Association Year Books.  It was in the 25th Anniversary Edition of the 1980 Year Book that Derek wrote a feature on Sara telling her story and her drive to communicate.

By the age of nine Sara had ‘developed a simple sign language using her toes, feet and legs’.  Derek said that whilst this was a ‘remarkable achievement’ only Sara’s immediate family could understand her.  Despite trying to get Sara to use her hands to do things her preference was to use her feet to communicate.  This became a priority and Sara was supported by her teachers and family in this.

It was the involvement of Dr Alun Armstrong from the Rehabilitation Engineering Movement Advisory Panel (REMAP) who first suggested the possibility of a ‘speech machine’ for Sara.  Alun, together with David Walker, a sixteen year old ‘whizz kid’, working part time at Radio Supplies in Sketty, worked together to develop a ‘talking computer’ for Sara.

The cost for building the computer was around £2,000 and so fund raising started.  A stroke of luck played a part in this.  A national appeal in the Sunday Times had been launched to buy a computer for a young Christopher Nolan (who was to become a famous Irish poet and novelist).  Such was the success of this fundraising that a Trust Fund had been set up and Sara’s family applied to this to obtain funding to buy her ‘talking computer’.  Sara was chosen as one of three child beneficiaries in the UK for an award to buy a computer. 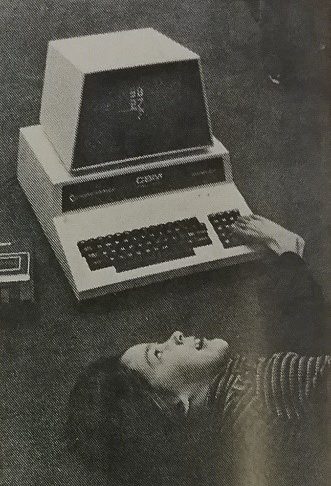 Such was her success  that with local fundraising  and more help from the Christopher Nolan appeal, three more computers were bought.  Two of these went to Dyfatty School and the other to Craig Y Parc School in Cardiff.

Sara quickly learnt to operate the computer and with program development Sara soon built up a store of learning programs and programs on which she could play games.

Derek said that Sara’s ‘talking computer’ gave her an independence and the ability to express herself and develop her creative side.  A video was made of her using the computer and was shown at ‘various special schools and educational meetings to illustrate its advantages’. 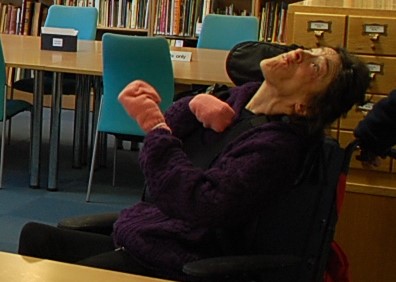