As with similar organisations Longfields produced a series of Year Books and between 1959 and 1999 there were a total of  twenty-nine books printed.  The Year Books are a valuable resource when researching the history of the organisation as they give an insight into the day to day life of the organisation, the issues they faced and achievements made.  They also reflect social change and attitudes towards disability. 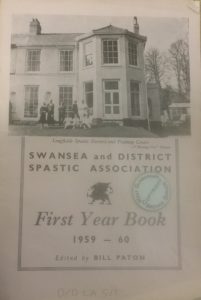 Cover of the First Year Book of the Association

The inside cover of this Year Book illustrates how the organisation was supported during the early years.  In addition to the people listed here the Officers of the Association included Honorary appointments of Secretary, Treasurer, Solicitors, Architect and Auditor. 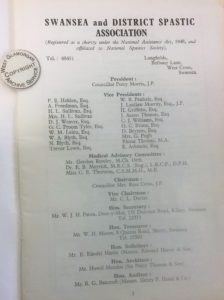 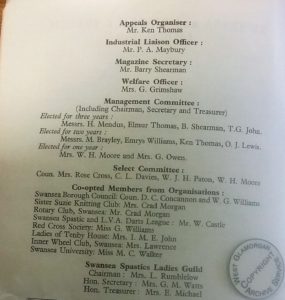 Other posts included Appeals Organiser, Industrial Liaison Officer, Magazine Secretary and Welfare Officer.  The Association was governed by the Select Committee who supported the Management Committee with the day to day running of the Association.

Fundraising was very important, particularly in the early days and the co-opted members from other organisations played a part in this.  Of course, there was also the Ladies Guild!  If you know anything  or anybody connected to the co-opted organisations then please get in touch.  Who were the Ladies of Tenby House?

What information did the First Year Book contain?

There was a series of articles written which are listed below.

These are some of the Officers of the Association from the early days.

If you have personal memories of these people or other information then I would love to hear from you! 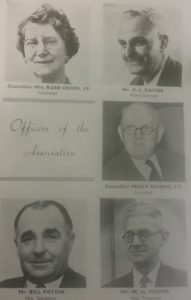