As part of the Legacy of Longfields project research has uncovered old photographs.  During our workshop day at Pen Y Bryn School, Sara Beer from Disability Arts Cymru and film maker Ben Ewart-Dean led the event and  we looked at the photographs and saw a short clip of some old film footage.

The pupils reflected on the material and came up with creative responses in the form of poems, drawings and drama.  The responses will be edited by Ben into a single film and will be exhibited, alongside some of the created work, at the end-of-project exhibition in May 2018.

We started the day by looking at the photographs on screen, discussing them and wondered about: 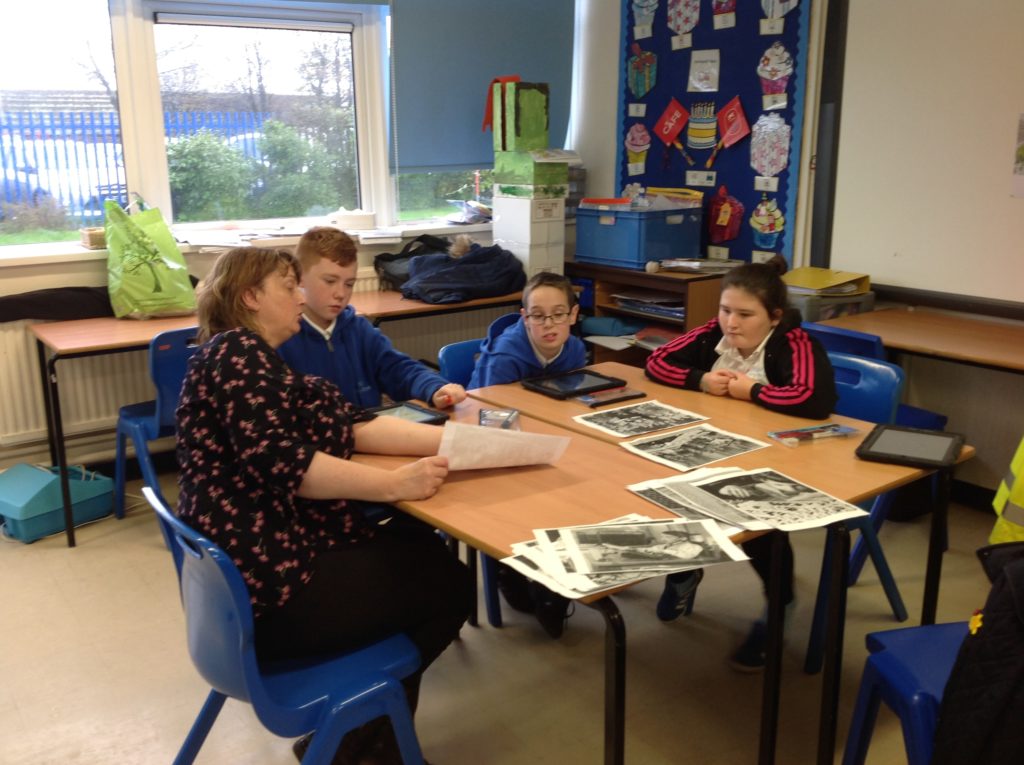 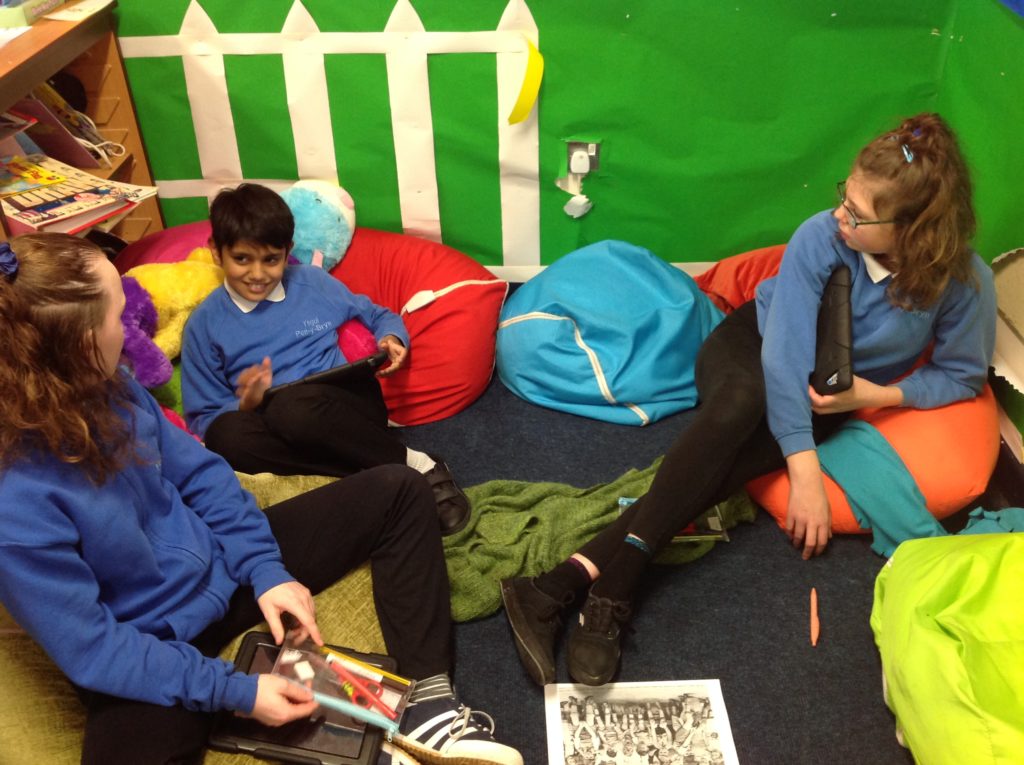 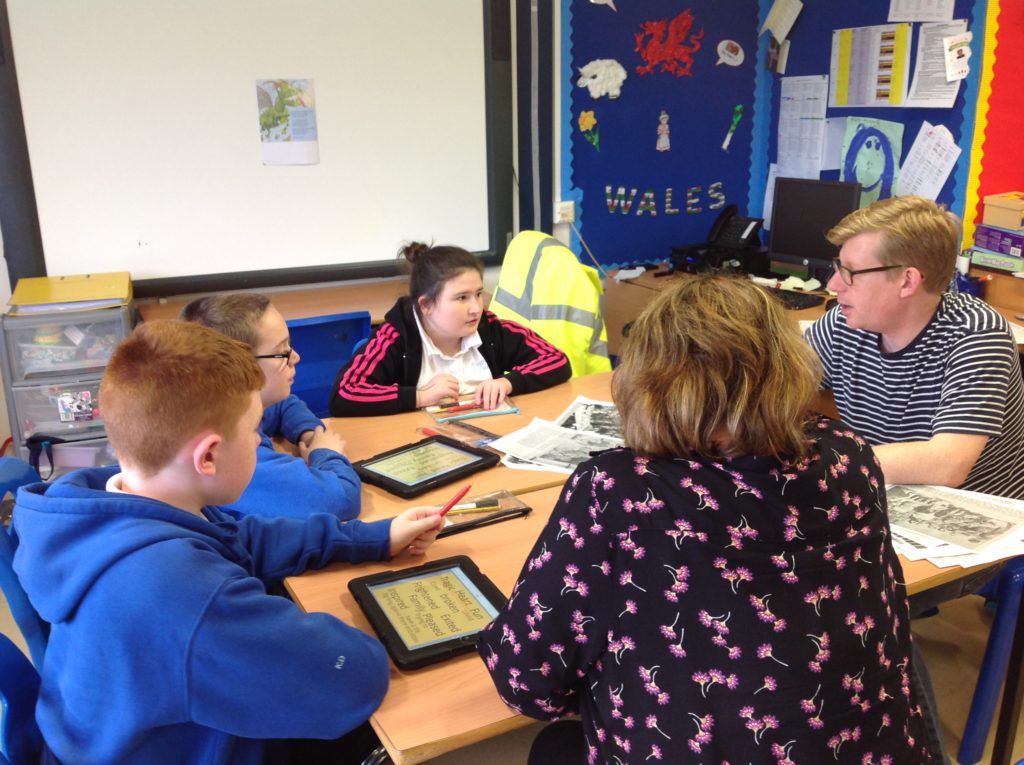 Pupils created written work in response to the research and later in the day Ben recorded pupils individually reading out their poems. 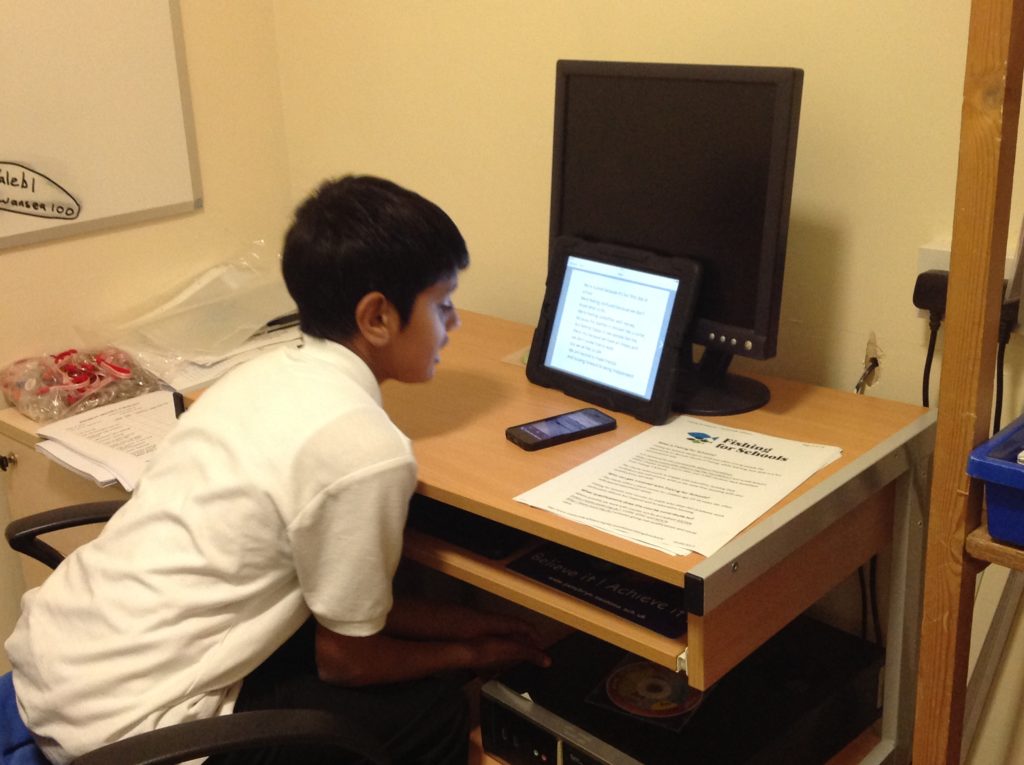 Some pupils had wondered about the first school photograph of the children in 1953 and how long it had taken to get everyone organised.  This is the original photograph and we talked about ‘what could have happened before’ and ‘what happened afterwards’ 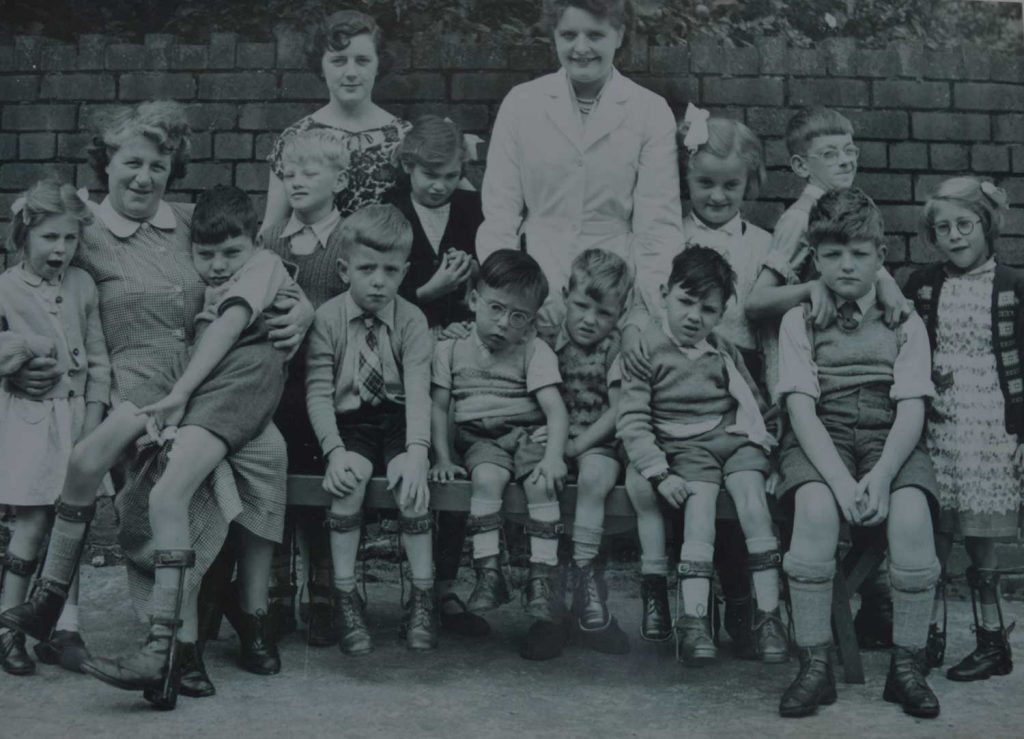 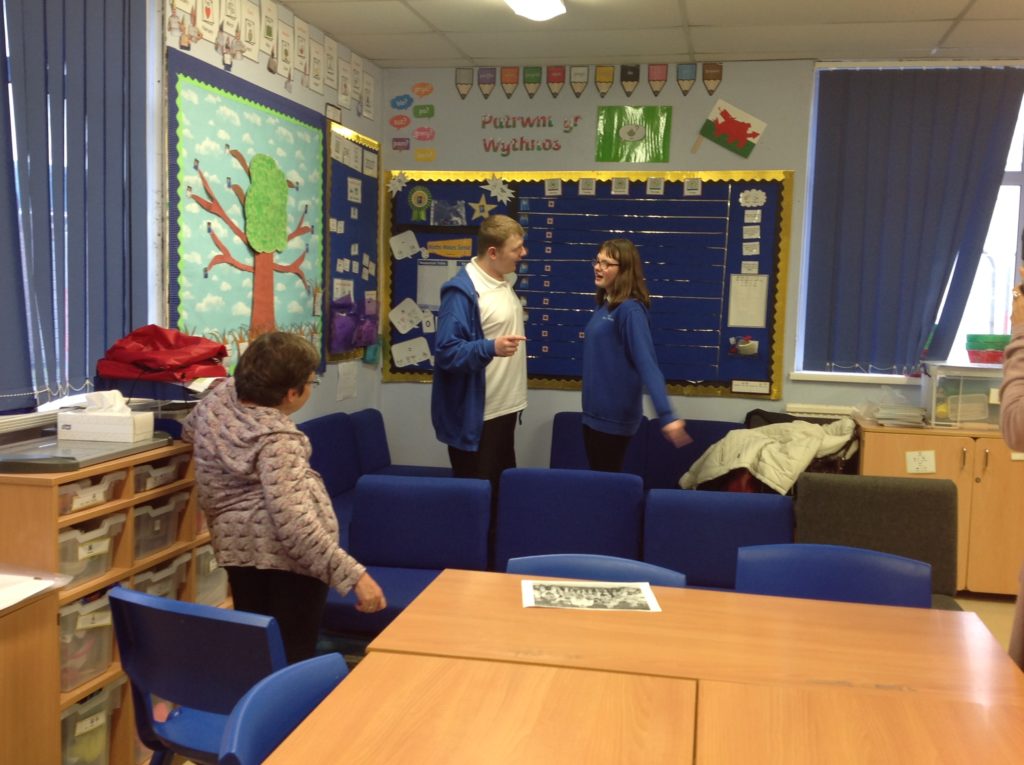 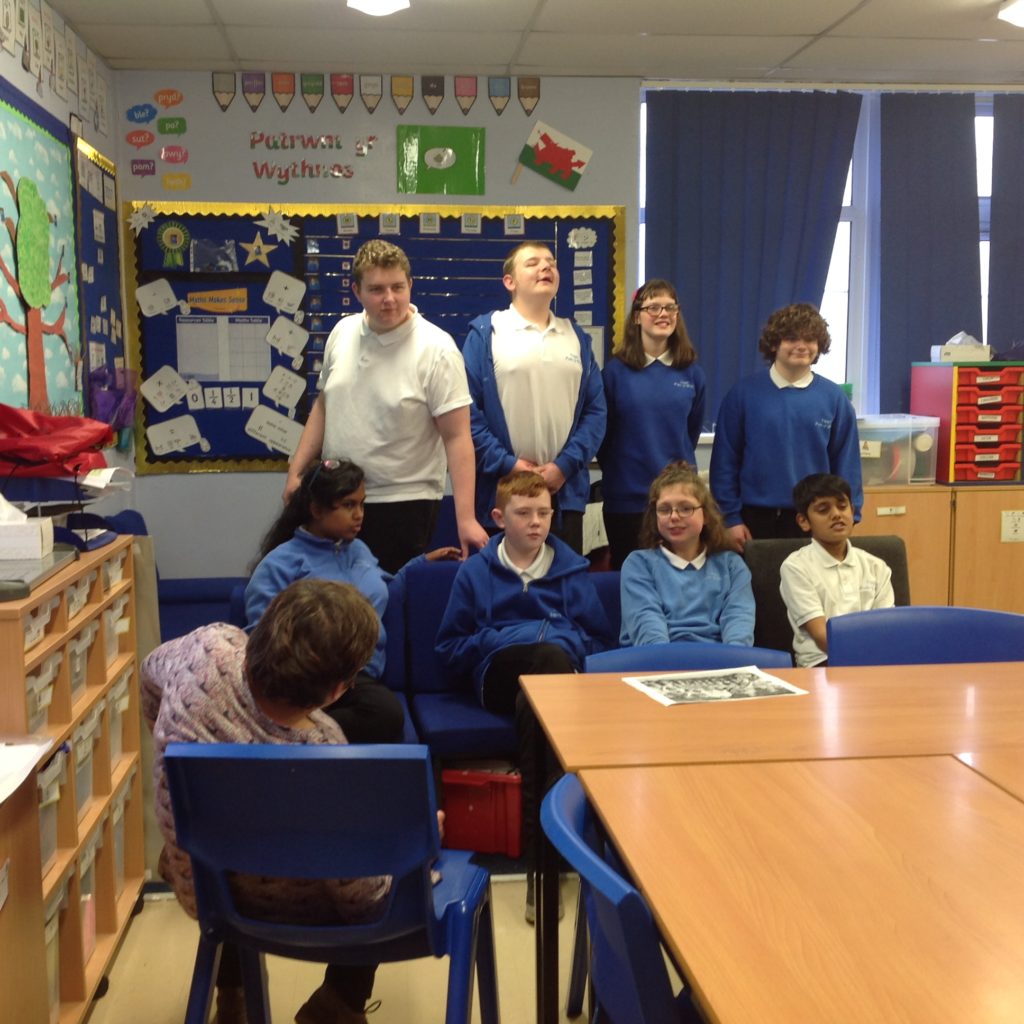 The drama of getting everyone in place for their photograph being acted out!

Big thank you to Ben and Sara for leading the day and to Tracy, a great volunteer for all of her help and input.  A thank you to all the teachers and staff for their hard work and for making us so welcome.  Special thanks to all the pupils – we could not have done it without them!

We look forward to seeing the finished product in the coming weeks!